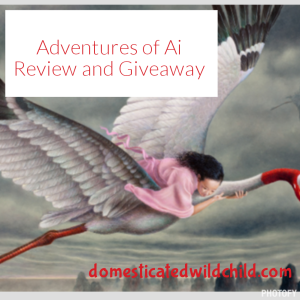 I was asked to review a new children’s e-book by New York Times bestselling author Craig Bouchard called The Adventures of Ai. Being released July 16th, this book is directed toward 9-12 years olds and is a little bit of everything-fiction and non-fiction along with historical and fantasy elements. 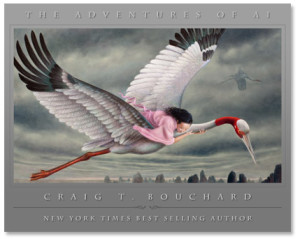 The story follows Bouchard’s memories while living in Japan and befriending a local family. While speaking with the grandfather of the family one evening he was told a story of an ancestor, an amazing young girl named Ai. Ai lived in the mid-1500’s and went on the adventure of her life while searching for her long gone father, who was away working with Leonardo da Vinci. She also learned about herself and the power of family and friendship. There is communication between human and animals along with mythical creatures throughout the story. Ai goes on her journey with her faithful horse, along with a bluebird and a deer. I think the story was interesting and thought provoking but easy to follow for those kids that may not be the strongest of readers. The main character was a great female role model, a girl who was strong but not in an obnoxious way, more in a ‘wise beyond her years’ way. She respected and loved her parents but still tried to find her own path. The book did a great job of keeping you holding on till the end to find out what happens to Ai.

There is also a video game coming out called Ai Adventures that is being released for iOS, Android and Kindle so if your child is a fan of the book they can continue with the story and play the game. The YouTube trailer for the game is here. 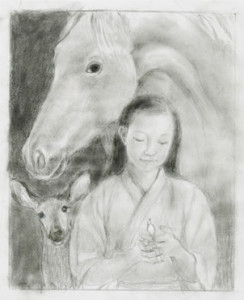 I’m also running a giveaway to coincide with the release by having two people win a copy of the e-book. Enter below starting at midnight July 8th and the winners will be announced on July 18th. To learn more about the book and video game, click here. Good luck to the winner!
a Rafflecopter giveaway

One thought on “Adventures of Ai: Review and Giveaway”

This site started as an advice site for those new to cooking and it has developed over time. We don’t really have a “niche” just delicious recipes! A majority of the recipes are great weeknight dinner options when you need food on the table in under an hour.